Established in 2020 through a generous donation from philanthropist Roy T. Eddleman, the Eddleman Center for Quantum Innovation’s mission is to facilitate the acceleration of progress in quantum science and engineering research, education and programs. The center will support quantum research activities through seed funding projects and student fellowship awards. Additionally, the center will host quantum science educational conferences plus develop curricula for university students and outreach programs. 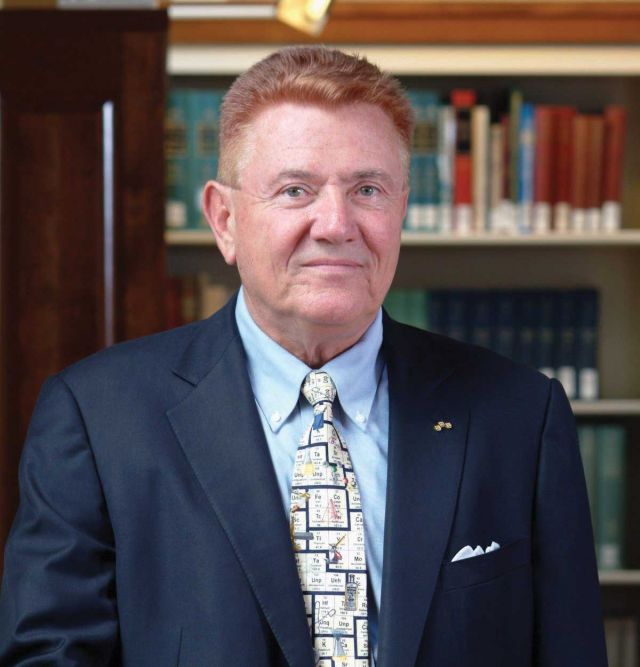 Mr. Roy T. Eddleman is the Founder and former Chairman and CEO of Spectrum Labs, which specialize in developing bioprocess-filtration technologies (The company was bought out by Repligen in 2017). In 1969, Roy founded Spectrum Medical Industries to create radioimmunoassay tests for clinical chemistry as well as sell the equipment used in such assays. He has patented (with others) many products, including the successful "fleaker," a combination of the Griffin beaker and the Erlenmeyer flask, and coauthored a series of patents involving magnetic particle separation for clinical chemistry assays.

When he started Spectrum, Roy began collecting scientific art, particularly paintings that depict chemistry and alchemy, which represent a lot of the people experimenting with the revelations that had come out of alchemy. He donated his collection of 17th- to 19th-century paintings to the Chemical Heritage Foundation in November 2002, along with funds to create the Roy Eddleman Institute for display and preservation of CHF’s art and artifacts. Together with the collection of Chester G. Fisher, donated to CHF in March 2000, the Eddleman and Fisher Collections are one of the largest collections of alchemical art in the world.